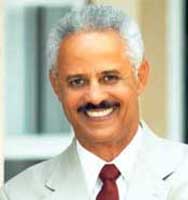 I'm a native of Jacksonville, Florida who graduated from New Stanton Senior High School prior to entering the U.S. Air Force in the early 1960s. After my military service, I received a scholarship to the prestigious Howard University, where I earned a Bachelor of Arts degree and a Master of Fine Arts degree. I lived in Washington D.C. for almost 30 years, and I have been exhibited widely throughout the United States. Some of the exhibitions included the Smith Mason Gallery, Gallery Francois, Ayaso Gallery, Market Five Gallery, Museum of Temporary Art, Amelian Gallery, and the Sumner Museum and Archives in Washington, D.C.

I was selected from over 700 American artists to have my work exhibited at the Center of International Culture in Paris, France in 1975. My artwork was also shown at a private reception for Queen Elizabeth II when she visited Washington during the Bicentennial (1976). My work hangs in the collections of members of Congress, ambassadors, international sports and entertainment figures, and other notable individuals.

I have classified my painting into three unique series: the Millennium Series, which consists of surreal subjects captured in watercolors and pen and ink; the Street Scenes Series, which depicts images of a diverse American culture; and the Ruben Collection, which presents a colorful intensity that reflects the universal spirit of my work.

After years of traveling across the world creating art, exhibiting in museums, and working in government, I decided to return to the community where I grew up. I made a new home and studio in Jacksonville's historic Springfield neighborhood. The once economically thriving area is now considered part of northwest Jacksonville's troubled urban core. I committed myself to enabling people to transcend their circumstances and environment through the power of art. I've worked with community leaders, city officials, and citizens in developing outreach programs and non-profit organizations that use art to help people (especially young students) learn professional work habits and build community spirit and pride through visual enhancement. 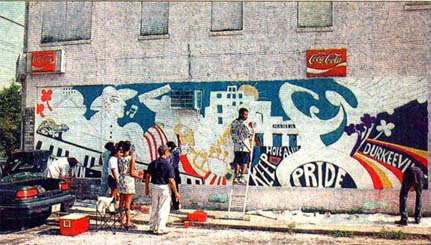 Wynn and students paint a mural on the side of the Peoples Pharmacy building in northwest Jacksonville. This project was part of the Cultural Arts Network - Volunteers, Artists, and Students (CANVAS) sponsored by the Cultural Council of Greater Jacksonville in 1997. Source: The Florida Times Union

In 1997, I founded the non-profit organization, City Kids Art Factory, to provide a safe and positive environment for children and teenagers to learn and participate in quality, community art programs that would not otherwise be available. City Kids Art Factory collaborates with neighborhood schools, churches and neighborhood-based organizations to identify participants for our programs.

In 2004, several colleagues and I started a new advocacy group designed to use art to build diverse cultural bridges in northeast Florida. The Jacksonville Consortium of African - American Artists (JCAAA) was founded by local African - American artists Gil Mayers, Marsha Hatcher, Suzanne Pickett, Princess Rashid, Annelies Dykgraaf, and myself. The goal was to promote the history of African - American culture citywide, boost art opportunities for minority artists, and serve as a catalyst for art education. We started out with 13 members and, I served as our first president. Since then, JCAAA has grown to more than 50 members who have exhibited in various venues and participated in several community outreach programs.

I also created Art Oasis with funds awarded by the Jacksonville Community Foundation, a project for a vacant neighborhood lot to be developed into a marketplace for local artists and for the public to meet artists and create artwork in 2006. Senior citizens and neighborhood youths were motivated to join in clean up and beautification efforts targeting sidewalks, yards, and other properties. The residents along with JCAAA turned what could have been a grueling effort into a transformational art project featuring a white picket fence painted with a bold geometric design.

"Daniel is a leader and mentor among his peers and an advocate for inclusion across the cultural and socio-economic spectrum. Not only do I value his artistic contributions over the years as a participant in the annual Through Our Eyes exhibit and numerous projects throughout the community, but his independence and fearless exploration of new ideas consistently challenges the status quo and has helped raise the bar for other artists as well as gallery visitors."
~ Lydia P. Stewart, Curator of Ritz Theatre & LaVilla Museum; Jacksonville, Florida